Your Meme is Internet Folklore

Memes are pervasive throughout modern culture. A meme has been defined as: "an idea, behavior, style, or usage that spreads from person to person within a culture" by Webster Merriam Dictionary. The images Internet users share with each other across different platforms become memes. But, the term "meme" may not be the most accurate way to describe what exactly happens when people share things. 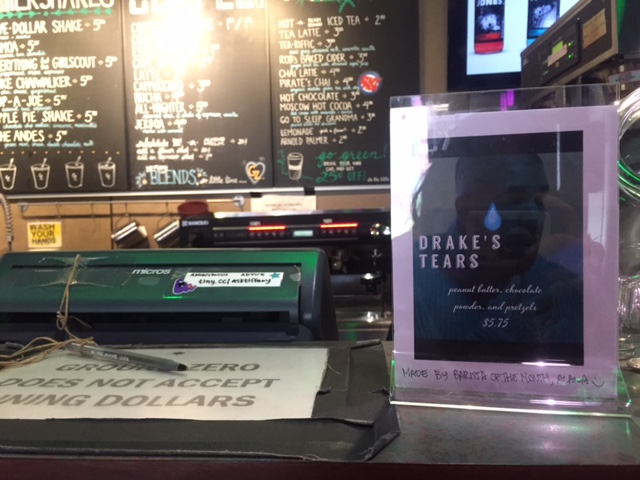 University of Southern California Professor Tok Thompson is a folklorist in the Anthropology Department who says "memes" are "internet folklore." This is a more accurate term because of the origin of the word "meme" from Richard Dawkins' The Selfish Gene. Dawkins defined a meme as "a unit of cultural transmission, or a unit of imitation and replication." Thompson says characterizing what people share on the Internet as memes is problematic because people are the ones spreading information. What people refer to as memes are not self-replicating as Dawkins first proposed. 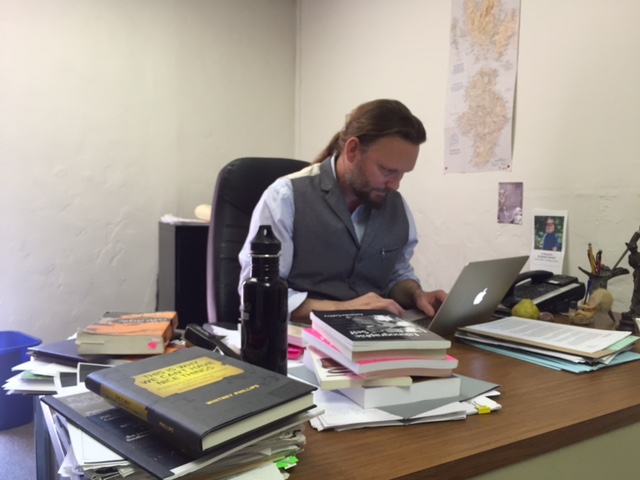 Instead, Thompson approaches images with text over them as "folklore." He says folklorists are interested in studying why and how people share information with each other. Folklore can vary from a joke someone told last night to something people share on Facebook with their friends. Through this process of sharing, nothing is exactly the same. The message can change and people form their own versions of a story. Stories are not confined to books in a traditional sense anymore because the Internet is accessible throughout the world. In addition to being an art form, Thompson believes memes and Internet folklore have the power to change politics. 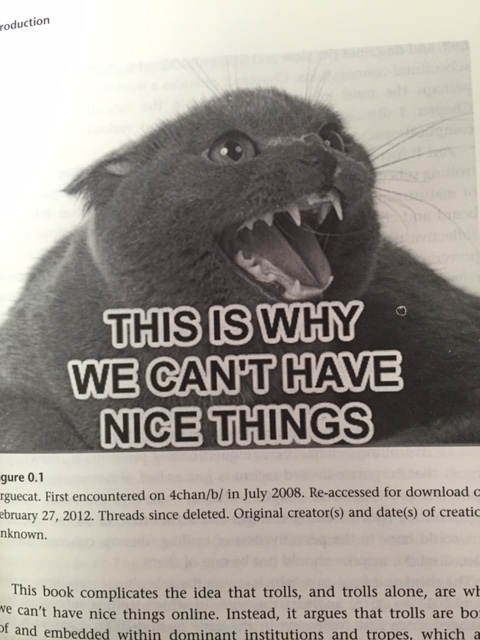 An image someone shares online is essentially a political statement, whether or not there is a clear political message. Thompson says there are meanings tied to what users share. As a folklorist, his goal is to determine why people share the things they do. On the Internet, websites like knowyourmeme.com track the origins of memes and give explanations about the meanings behind the humorous images people share.

With phone applications like "Mematic," making memes has become easier and quicker than ever. The speed at which memes are created can make it hard for people to keep up with these new cultural and political messages. The "Know Your Meme" database works to track the inception and growth in popularity of Internet folklore. At USC, the Digital Folklore Archives does similar work in tracking and archiving memes created and shared on the Internet.

Sometimes messages are best said in pictures and not words. The previous statement is the best way to characterize how memes are being used in people's everyday lives. From the way people talk to the way they communicate online, humor through odd images is now the norm. The online community has virtually created its own community through the use of memes and in using it as a language. The beauty of this online community is its ability to connect people from different parts of the world through emotive pictures and text, even if it is just a silly cat.

Test yourself on how well you know your memes here:

PHOTOS: Faces in the aftermath of Monterey Park mass shooting

RuSC: The library is open for student drag performers