The man at the center of a scandal that has ensnared celebrities, captured national attention and embroiled USC used unethical tactics to find and exploit loopholes in the college admissions process, students who were counseled by him reveal. He berated a girl until she cried, asked a white student to pretend she was black and hosted useless summer camps to pad his students' resumes, sources told Annenberg Media.

Two former clients who were college counseled by Rick Singer, the CEO of the Edge College and Career Network and the Key Worldwide foundation at the center of the FBI's Operation Varsity Blues investigation, and have since parted ways with him due to what they describe as "unethical suggestions" are sharing details about their encounters with him for the first time.

Both students told Annenberg Media they did not engage in crimes similar to what was alleged in the federal indictment. Singer and his attorney declined to comment in response to these accounts.

Mackin Carroll said he met Singer when he was in high school in 2011 on a referral from his sister's college counselor. Carroll met with Singer in person once per month for college counseling for at least one year. Singer made what Carroll calls unethical suggestions — suggestions that Carroll, now 23, said he did not take. Carroll graduated from USC in 2018. 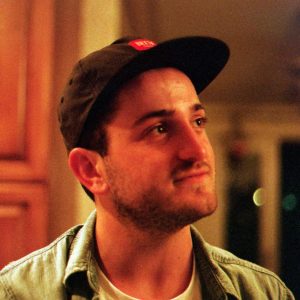 Carroll told Singer he wrote songs and played in bands throughout high school, and found “[Singer] would just take bits of truth and then just totally distort them.”

Singer advised him to exaggerate and lie about the nature of his songwriting to improve his chances of getting into college, Carroll said.

"He was like, 'Oh, you should say that you write songs about America. And after 9/11 you started writing all these songs about how much you love our country and stuff like that,'" Carroll said. "I was just like, 'No, dude.'"

Saying no to Singer was not easy, according to another student Annenberg Media interviewed. A current Duke student counseled by Singer says she was upset during his aggressive pitch, in which the counselor's negative comments about her application rattled her confidence. The Duke student was granted anonymity for fears that being associated with Singer would tarnish her reputation, and says she got into Duke on her own merit. Her parents declined to speak about the matter. She provided a reporter with documentation that she had been counseled by Singer.

In a 2012 meeting during her freshman year of high school, Singer told the Duke student to pretend on her applications that she is black.

The Duke student realized Singer "was not the most honest person" after this incident. She said his suggestion was something along the lines of, "You know, what you should think about doing is saying you are African American."

The student said Singer told her to hope college admissions officers wouldn't notice what race she marked on her application. According to what the Duke student claims Singer said, colleges cannot legally check a student's race.

It took her by surprise, the student says now. "There's a 0% chance I would profit off of doing it. It put a terrible taste in my mouth."

The Duke student's parents agreed to use Singer in the first place because he made them feel like he was the only way their daughter could get into college.

"He's a really abrasive guy," the Duke student said. Despite her accomplishments in high school, "He said it was not enough and not interesting and beat me down."

She does remember Singer pitching the so-called "side door" approach of getting into college by securing a spot on a collegiate team that had room to add to its roster. When Singer offered this unethical counseling to her younger brother, the student's family refused, the Duke student said. Singer then proceeded to fire her family as clients.

Singer hit a soft spot in families who wanted their children to attend top colleges.

"He instilled fear in my parents that he was the only way that I could go to college. He freaked my parents out enough to make them think I would not get in without his help," the Duke student said.

The Duke student says she still went through all the proper channels to gain admission into her prestigious university. "He had nothing to do with my application at Duke," she said, and that school was not among the schools implicated in the Varsity Blues college admissions scandal.

"It was regular legitimate college counseling services," the Duke student said. "My family does not have Lori Loughlin money so he knew he could extract only so much out of us so he would prey on the super, super wealthy families."

It begs the question, why did some families knowingly engage in illegal activities?

"There is that pressure to like, you got to play the game or whatever, you know? And I was just like, no, you don't," Carroll said.

The Key Worldwide foundation, which, according to the FBI, was used to conceal "the nature and source of the bribe payments," held two summer camps at UCLA from 2013 to 2014, according to Carroll, the Duke student and Tobi Quintiliani, the director of the charity organization one of Singer's camps were supposed to benefit. Carroll and the Duke student attended the camps, which cost at least $900.

At the camp, students were told to develop a 5K race for charity, but it ultimately went nowhere. The purpose seemed to be more to pad resumes with extracurricular experience than it was for personal growth, Carroll said.

"He really manipulated a lot of kids into putting a lot of time and effort to what they thought was going to be this charitable cause, that was kind of just not anything," Carroll said.

Singer tasked the children paying for the camp with creating a 5K race to benefit the 1736 Family Crisis Center. However, center director Tobi Quintiliani confirms client accounts from Carroll and the Duke student: The 5K never happened.

Carroll remembers making calls and emails to staging companies without any real direction.

"Like you would have these break out groups and he'd just be like, 'All right, let's plan a marathon or something'," Carroll said.

"There were times where he said it's my charity, don't worry about it, I just did this non-profit work," she said. "It's a regret that I have for sure."

One particular session, which ran during the last week of July 2014 at UCLA, focused on social influence. A flyer provided by the Duke student said students attending the camp would "discover the essential tools, enabling technologies and successful tactics of the most followed social influencers and learn how to use social influence to build your personal brand, increase your followers and monetize your passions." 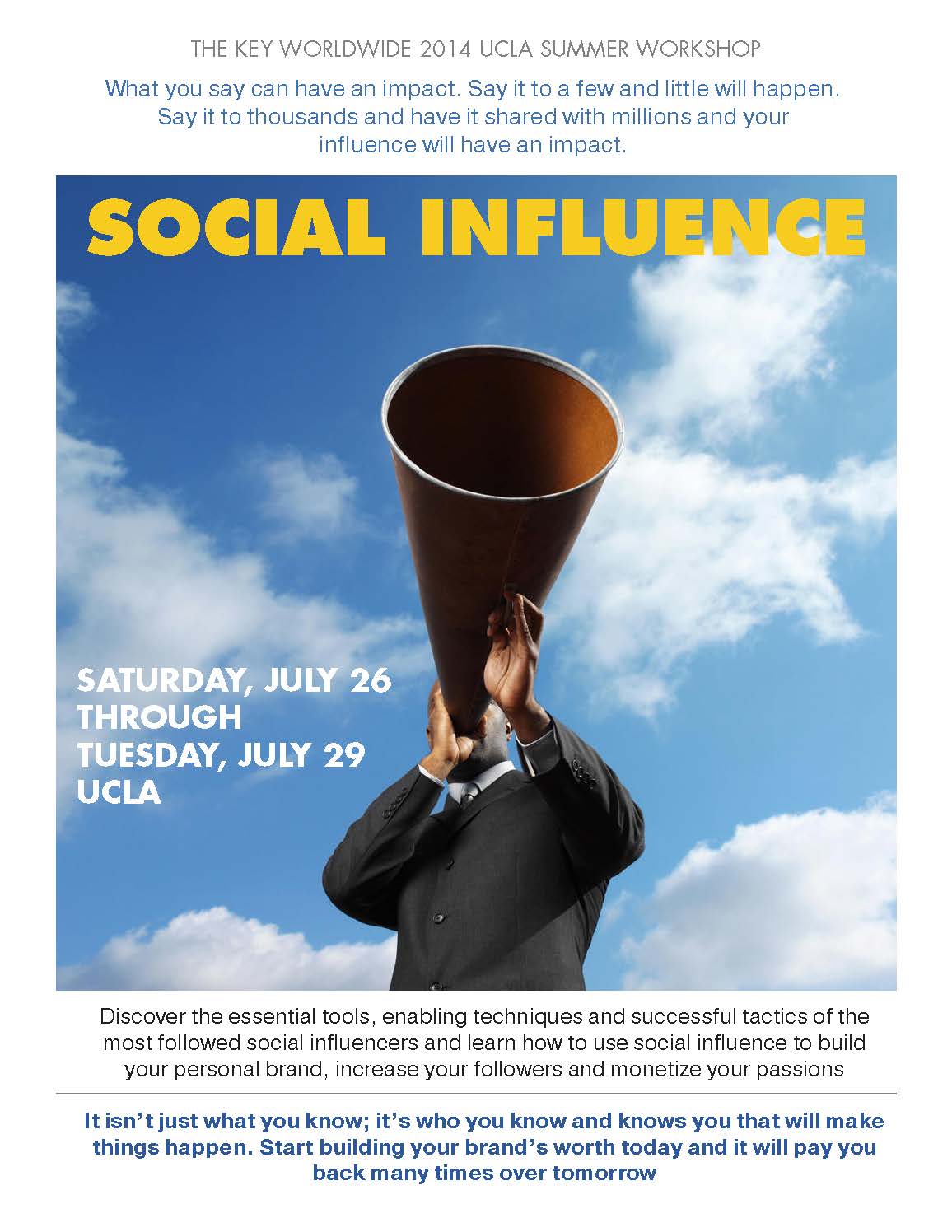 Students did not get what they paid for, the Duke student said.

"[Singer] put us in a room and had us open our laptops and said 'Build your brand.' He said, 'You need have a personal Twitter page and a bio.' That was his amazing conference on leadership. Everyone else was like 'this is bullsh*t and he scammed us,'" she said.

Getting in through the ‘front door’

Singer suggested his clients lie about their race, sign up for camps to fluff resumes, cheat on tests and bribe coaches. The clients who accepted these unethical suggestions entered college through "side door." For the average American, using wealth to bypass the system is not possible. They have to get into college their own merit.

It's taken four years but college counselor of LAUSD school Rancho Dominguez Preparatory, Gilbert Viveros, finally got his first student into USC. Rancho Dominguez Prep has a student-teacher ratio of 24 to one, a college readiness index of 29.8 out of 100 (an index based on AP and IB participation rate and quality) and 85% of students are economically disadvantaged, according to U.S. News and World Report.

"We got one in and it is quite challenging to get in and I know what it takes to get in. We're gonna do it the right way and have the kid work for it," Viveros said.

Singer got some of his students into colleges the wrong way, through his "side door," making a lot of money off of wealthy parents in the process.

But many still get into college through the front door.

"It takes away from a students' reward of earning it and knowing that they deserve it versus realizing it was totally set up by parents and you don't have the qualifications to get in," Viveros said.

Disclosure: Mackin Carroll is a friend of the Annenberg Media reporter.

Hawken Miller is a senior studying journalism and international relations and currently one of the managing editors at USC Annenberg Media. Formerly at the Sacramento Bee, Daily Trojan and The Tab, Hawken seeks to tell peoples' stories and explore the impact technology has on our daily lives.