At Cal State Fullerton and other schools, students and faculty members are organizing peaceful alternative events to create a safer environment.

All across college campuses in the U.S., there have been debates about whether schools should host controversial speakers.

Conservative provocateur Milo Yiannopoulos' speech at California State University, Fullerton on Tuesday reignited this argument. At least seven people were arrested after fights broke out ahead of the speech between protesters and his supporters. 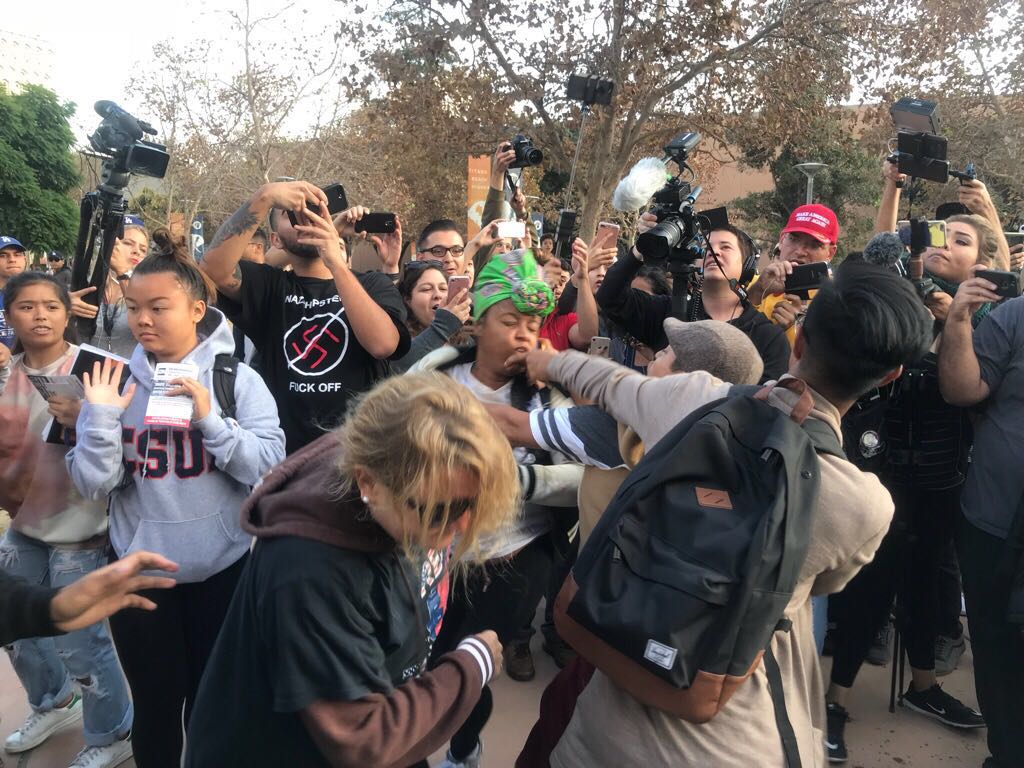 Universities have been known to be safe spaces for freedom of thought and expression. But some colleges are struggling to address how to maintain this natural right while ensuring the safety of its students.

Yiannopoulos' campus tour across the country have sparked riots at several colleges including a shooting at University of Washington, Seattle. And in February, peaceful student protests weredisrupted by non-students at UC Berkeley, resulting in $100,000 worth of damage to the campus.

Some students feel the impact of these protests even long after they're over.

Dylan Lim, a nutritional sciences major at Berkeley, said the protests have divided students. "The Berkeley College Republicans began to take the offense as they felt like their voices couldn't be heard as the minority," Lim said.

Campus organizers and faculty at CSU Fullerton are working to develop safer alternative tactics to counter controversial rhetoric. While protests were taking place on one side of campus ahead of Yiannopoulos' talk, there was a "Unity Block Party," featuring workshops and booths educating students about social justice.

"We wanted to have a counter event that wasn't going to be dangerous… and for people to go to instead of attending [Yiannopoulos'] event," said Courtney Yamagiwa, a member of Students for Quality Education, the organizer of the event.

More than 30 organizations and hundreds of participants, from on and off campus, filled the school's main quad. Social justice and other minority groups offered table presentations and assistance for people in need. At one booth, a poster with the headline "Why Are You Here?" was filled with messages from passersby including: "For free speech," "Support my community" and "Say yes to taco, no to hate!" The goal was to create a platform for all views. 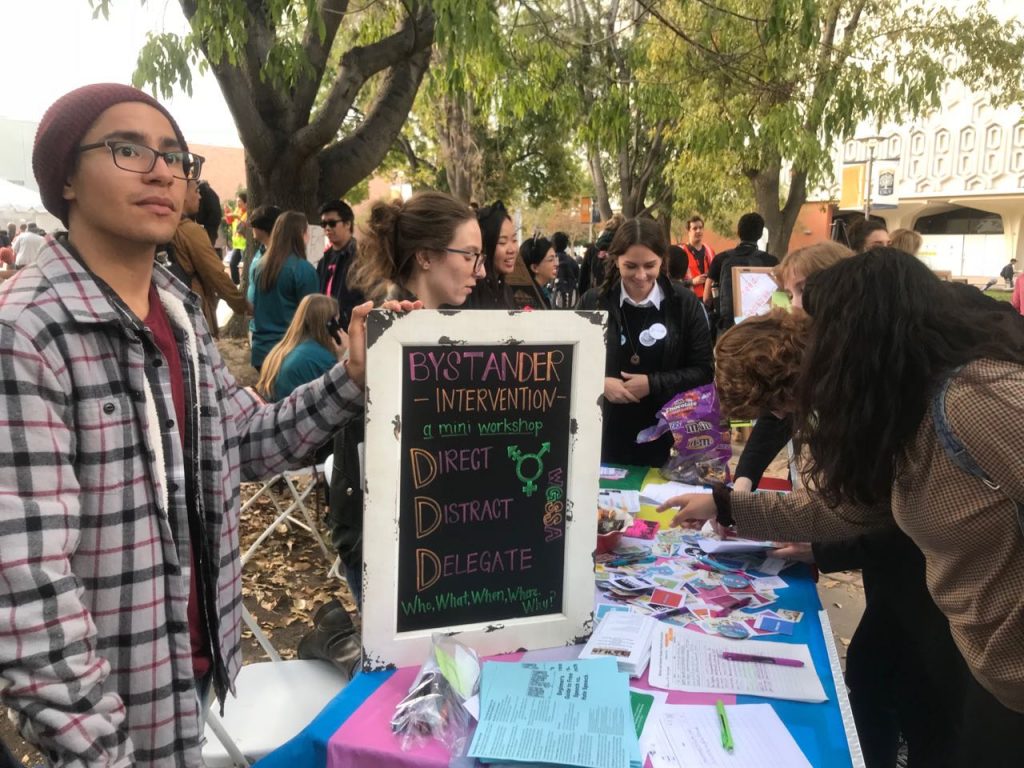 "Students in fact want to be able to come to campus and hear a more positive message," said Ioakim Boutakidis, an associate professor at the university's College of Health and Human Development. "To hear about how we continue to struggle with issues of discrimination and prejudice in this country."

Madalyn Jackson-Sullivan, vice president of the Women and Gender Studies Student Association, said this event is about distributing a positive message to the campus. "I hope that people understand that we're about unity, equality… We're not judging anyone for any choices that they make."

"It's a great approach for me personally … to show a different type of protests versus like verbally and confronting a counterprotest," Edgar Lara, a physics major, said about the block party. He used to stay away from protests because of safety concerns as a Mexican-American but was drawn to the event. "They also gave a safer place on campus. It allows me to be with a large number of people that are like-minded."

CSU Fullerton is not the first college to look to new approaches like these. Earlier this year, the student group BridgeUSA was founded at UC Berkeley to provide a platform for "free and fair political discussion and debate from all sides," which included a Q&A with conservative speaker Ann Coulter.

"We wanted to invite her because if you viewed her as hateful and you viewed her as inflammatory and nothing of value, then why don't you go ahead and actually challenge her," Pranav Jandhyala, one of the co-founders of the organization, told the Los Angeles Times.

The organizers at CSU Fullerton echo this thinking. They hope to promote peaceful bilateral conversation that is not just for the sake of free speech, but to teach students how to make fair judgments. For Professor Boutakidis, it's about learning to "decide based on the evidence, based on the quality of argument of what the truth is, and not based on personalities."

Portraits of A New Normal: Episode 3